Plant a tree in memory of James "Jim" J. Dyer
An environmentally-friendly option 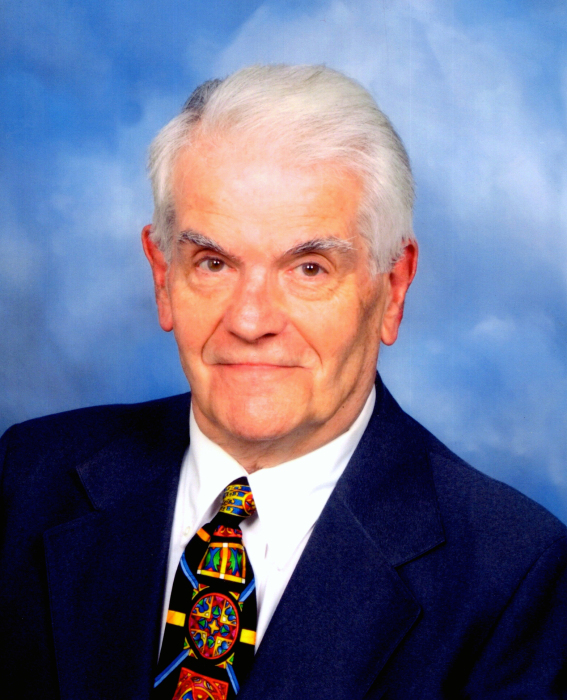 Jim was born on September of 1934 in Warren, the son of the late J. Harold and Esther Botz Dyer.

He was a 1952 graduate of Warren G. Harding High School. Following high school, Jim proudly served our country in the United States Army during the Korean and Vietnam War era.

Mr. Dyer was employed at Denman Tire for 17 years prior to his retirement. He was also the director of Rite of Christian Initiation of Adults at Outreach for 20 years.

Jim was a devout Catholic and an active member of St. Mary’s Roman Catholic Church in Warren. Sports were a passion throughout Jim’s life. Earlier in life he played baseball and later was the sports announcer for the Warren G. Harding athletic games and the Phoenix Giants. He had a passion for radio and was an announcer for WHHH, WSOM, and KOOL in Phoenix, AZ. In his spare time Jim built quite the reputation as an excellent cook and shared his recipes with family and friends. He was a walking encyclopedia for his music and movie knowledge. Most of all he cherished his family, especially his grandchildren.

In addition to his parents, Jim was preceded in death by a daughter, Debra Goldner; a brother, Daniel Dyer.

A private Mass of Christian Burial will take place at St. Mary’s Catholic Church with interment to follow at All Souls Cemetery.

A service summary is not available

Plant a tree in memory of James "Jim" J. Dyer
An environmentally-friendly option

Plant a tree in memory of James "Jim" J. Dyer

Deborah, Mike, Pam and families,
Thinking of you all with such fond memories of Jimmy. He had such  a genuine way of making everyone he met feel so special and he was always so encouraging.  So blessed and thankful to have known such an incredible person and family.  May you find comfort in knowing that he now gets to be with Debbie again.  With love, good memories, and prayers for your strength in the days ahead.

Very sad day when i heard of Jims passing. What a great guy i knew for years.I got to know him when i was a young kid.I would call him at the radio station and talk sports with him then later on when he came back to the area i had the privilege to work with him at Denman Tire.I cant think of too many people who had that great radio voice like Jim.My condolences to the family and RIP Jim.

We are so sorry for your loss. Sending our prayers and condolences.

Please accept my condolences for the loss of Jim. After my Air Force discharge in the late 60’s, I worked with him at WHHH. He was a great guy and good friend. My thoughts are with his family.
Steve Chos

Please accept my sincere condolences on the passing of your loved one!

Plant a tree in memory of James "Jim" J. Dyer